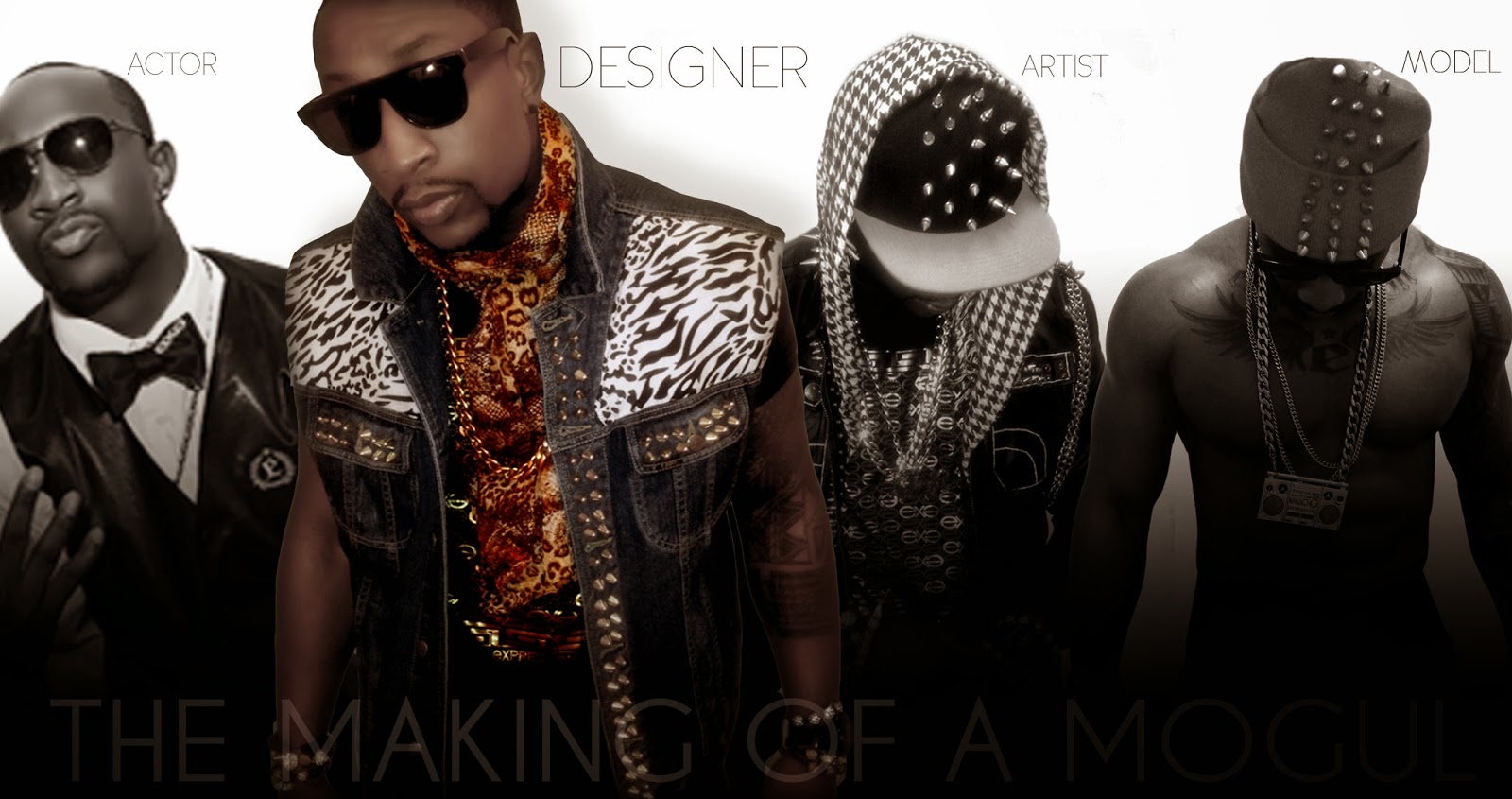 WHO IS DUSHON EX. DANIELS?

Dushon "Expression" Daniels also known as "American Hip-Rocker" or just ROCKER is an African American Clothing Designer, Recording Artist, Director, Writer  and Actor from Brooklyn, New York. Dushon grew up in a few of the poorest sections of Brooklyn (Coney Island, Flatbush and Crown Heights) raised by his mother Gwendolyn Wright along with his Grandmother Marie Wright. At a young age he turned to sports, music and fashion to guide himself away from the gang and drug infested streets of Brooklyn. When a few of his neighborhood friends were killed from gang violence within a month of each other, Dushon made up his mind that he would do whatever it took to change his environment and have a prosperous life. Motivated from potentially having a lifetime of indefinite poverty he felt his only shot at a life of abundance was to follow the basketball path of his Abraham Lincoln High School peer, NBA star Stephon Marbury. So his training began!

Dushon practiced day in and day out on his basketball skills to play above the average level of a high school player. His High flying, hard working game soon gained him star recognition at Lincoln, AAU tournaments and historic street ball parks such as West 4th and Rucker. His popularity and hard work soon earned  him a basketball scholarship to Jarvis Christian College in Hawkins Texas. At the end of his first school semester, he lost his basketball scholarship to a torn ACL injury. In desperate need of income, Dushon relied on his design talents to get him out of a bind. He started selling hand painted t-shirts and artistic clothing out of his dorm room to generate enough money to stay in school and off the streets. After a few months of selling clothes, Dushon's popularity grew and the hype about his artistic expressive t-shirts spread. One day he received a call from a college show organizer, who saw a person wearing one of Dushon's creative Expression t-shirts. He asked Dushon to host a fashion show with a few other up and coming designers in upstate New York at Colgate University. Dushon gladly agreed to fly from Texas to New York to do the show showcasing his expressive handmade Clothing. The fashion show in upstate New York was a hit and a star was born!

Dushon began his entertainment career working behind the scenes learning Video Production, Video Editing, Script Writing, Styling and Photo Editing on major BET productions such as 106 & Park, The BET Awards, Black Girls Rock and The Deal. He then identified the need for a fresh, new and innovative direction for the fashion industry. He developed a company that takes fashion to the next level by bringing peoples thoughts, ideas and feelings to life through expressive clothing. Without any initial investment, Expressive Clothing LLC (the creators of luxury clothing brand Expression 06 Evolution also known as EXE) has already made its mark in several markets including New York, Miami and Los Angeles. Expression 06 Evolution has gained popularity by word of mouth, several fashion shows and networking at luxury events he hosted with The 400 Club and Who’s Who Presents. In fact, EXE has become the brand of choice for a few entertainers reflecting luxury and lifestyle.

Dushon has also made cameos in Fantasia's music video for her single Bitter Sweet and BET's former show The Deal wearing EXE. Expression 06 Evolution exclusive collection has been worn by entertainers such as Grammy Award winning  Producer / Artist Mario Winans, Hip-Hop Artist Ali of Travis Porter, former NBA player Olden Polynice, CNBC TV Host Anthony Byron Andrews, Nickelodeon Actor Chris O’Neal, YMCMB / 99 Jamz Radio DJ Efeezy and seen on major TV networks such as MTV and BET. Dushon was interviewed on Florida TV by Florida Today Newspaper for changing fashion trends with his new side zipper jeans in 2010. He then went on to host a fashion show in LA on Venice Beach in front of hundreds, showcasing his highly anticipated Expression 06 Evolution collection with performances by Hip-Hop groups Cali Swag District and The R3jectz  in 2012. A few years later Dushon managed to impress the Creative Director  of Kruzin Foot Wear to land Expression 06 Evolution a Luxury Headwear Collaboration and Fashion Show appearance hosted by "We The Best" Artist Steph Lecore.

Besides creating a name for his self in Fashion, Dushon has also managed to succeed in Video Production and Music as well. He has directed and written professional commercials for his side zipper jeans and athletic t-shirt collections. Just recently in 2013 -2014 as a Recording Artist he wrote, co-directed and edited his own music videos for his singles Hygher and Starr Struck. Both music videos have gained internet popularity worldwide, Hygher accumulating over 1,000,000 views on YouTube and Starr Struck over 900,000 views in the first few months of their release.

During this amazing ride Dushon aka ROCKER was crafting and recording tracks to ultimately release a Mix-Tape that showed his versatility as an artist. He started recording in New York City but most of his major recording was in Miami. The contacts and relationships acquired from his hard work in TV Production, Event Planning / Promotion, and Artist Promotion in New York and Miami landed Dushon major artist opportunities for himself and others. Some included Live Club Performances / Record Spends by Radio and Club DJ's, Grammy Award Winning Producer Production, Event Hosting's, Recording Sessions with major label artists and clothing collaborations.  It seems during Dushon’s career he has had the opportunity to work with some of entertainments greatest artist early on and at the peek of their career. As he would say "I'm just getting started." We believe that statement and feel what many people have been saying for years  Dushon "Expression" Daniels has "The making of a
mogul." 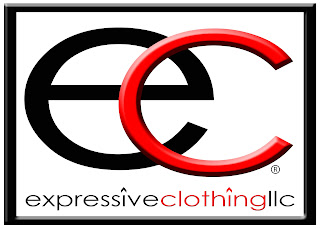 WHAT IS EXPRESSIVE CLOTHING LLC?

Expressive  Clothing  llc,  is  a  clothing  company  founded  in  New  York  and  based  in  Florida.  The  company’s  founder  and  leader  designer  is  Dushon Ex Daniels. Dushon  identified  the  need  for  a  fresh,  new  and  innovative  direction  for  the  fashion  industry.  Therefore,  he  developed  a  company  that  takes  fashion  to  the  next  level  by  bringing  peoples  thoughts,  ideas  and  feelings  to  life  though  expressive  clothing.   As  his  popularity  grew  he  brought  on  two  new  team  members  to  the company,   President   Derek  Love   and  Vice  President  Sylvia  Love.

Without  any  initial  investment,   Expressive Clothing llc  has  already  made  its  mark  in  several  markets,  including  New  York  City   and  Florida.  Through  word  of   mouth  and  the  production  of  a  few  fashion  shows,  the  luxury brand  "EXPRESSION 06 EVOLUTION or EX.E,"  designed  by Dushon Ex Daniels, has  become  one  of  the  reputable  Luxury brands  in  New  York  City  and  Miami.  In  addition,  the  company  has  worked  with  the  Florida  school  system  to  help  improve  and  assist  in  brand  development  for  an  outreach   program,  "CHALLENGE DAY".  The company  was  asked  to  give  the  program’s  promotional  and  marketing materials  an  appealing  look  to  the  youth  of  Florida.  So,  the  company  revamped  the  existing  program  logo  and  designed  each  school  in  the  program,  its   own  customized  T-Shirt.


Expressive  Clothing  llc  is  looking  to  give  every  individual  a  wardrobe of   uniqueness.  Thus,  giving  a  person  the  power  to  speak  with  understanding  through  the  art  of  dressing.

WHAT IS EXPRESSION 06 EVOLUTION?

Expression  06  Evolution  luxury  clothing  brand  was  designed   by  Dushon  Ex  Daniels  to  give  the  "Elite  Entertainer's"  of  today  a  luxury  brand  that  reflects  their  lifestyle,  while  also  giving  the  average  person  a  trendy  cutting  edge  look.  He  took  the  essence  of  his custom  brand  "Expression" along  with  the  evolution  of  fashion  trends  and  style  to  create  this  unique  Collection.