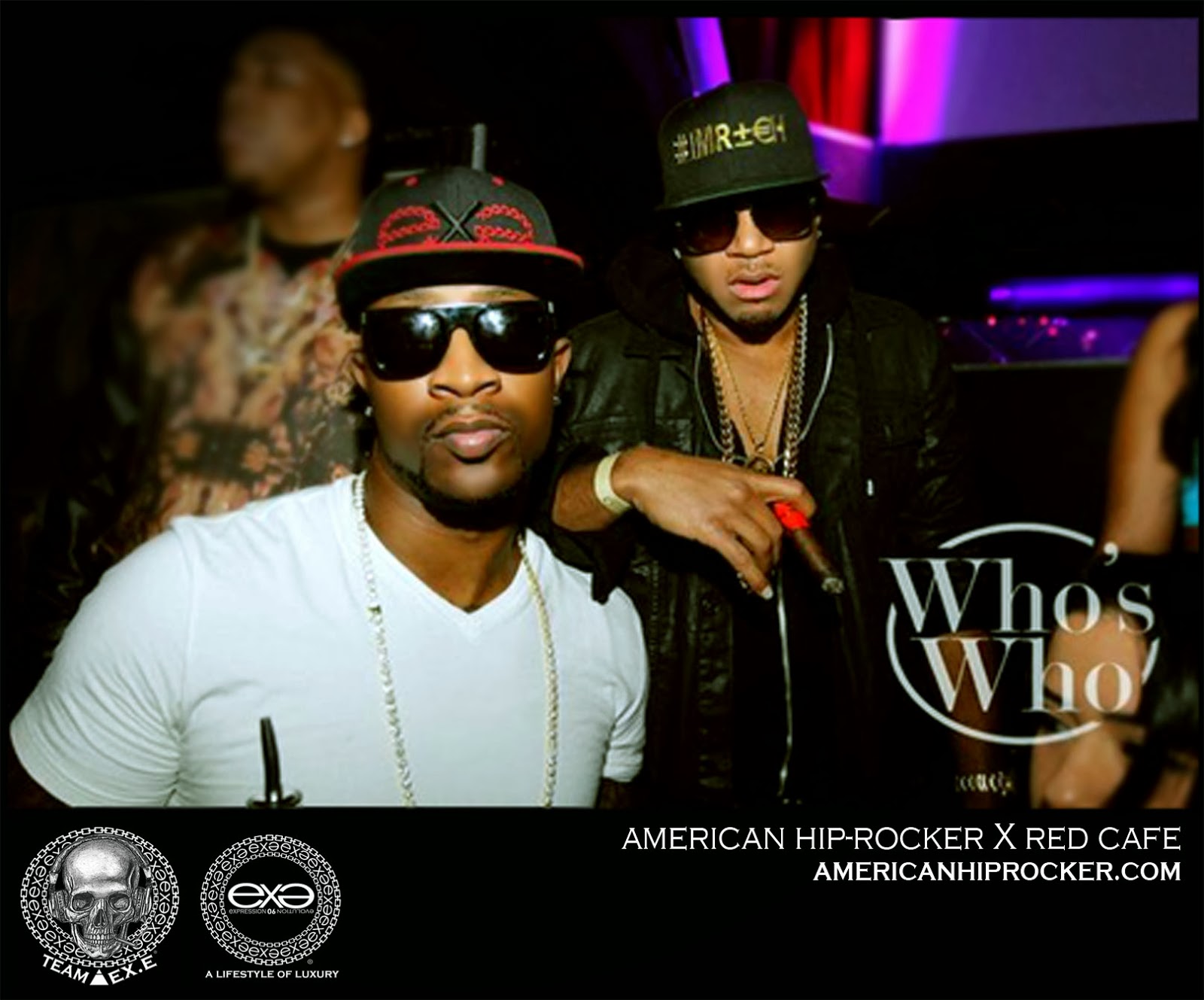 #TeamEX_E American Hip-Rocker(Dushon Ex Daniels) and Red Cafe joined the elite group of party goers and big spenders to attended a "Who's Who" event on Miami Beach last weekend.

Red Café is a Brooklyn, NY rapper of Afro-Guyanese descent.[4] His nickname "Red" was his father's nickname;[5] in songs he refers to himself simply as "R".[citation needed] He was imprisoned for four years in 1992. After his release he joined the group Da Franchise, which was signed byViolator Records but was not successful and disbanded.[4] He was signed by Arista in 2003,[6] by Capitol (Hoo-Bangin' Records) in 2005, by Universal (Konvict Muzik) in 2006,[7] and thenInterscope (Konvict Musik) in 2007,[2][8] but released no albums. His song All Night Long was included on the 2005 Coach Carter soundtrack.[9] He has also ghostwritten for many popular rappers over the years.[6] As an underground rapper, his work is not internationally recognized, though he has been rapping on the circuit since the late 1990s.
He released a mixtape with DJ Envy, The Co-Op, in 2007.[4] Remy Ma was featured on the album. Red Cafe made an original song, "Stick'm" for the game Grand Theft Auto IV. In 2009 he played Primo, the freestyle battle rapper, in the 2009 Biggie Smalls biopic Notorious.[2] In 2011 he performed at the debut event of the Urban Wrestling Federation.[10]
A new mixtape, Above the Cloudz, was released on March 17, 2011. He then released Hell's Kitchen on January 13, 2012. and American Psycho was released on December 12, 2012. American Psycho has featurings coming from The Game, French Montana, Chief Keef, Fabolous, Jeremih, T-Pain, Trey Songz, and 2 Chainz, with production from Young Chop, Reefa, Soundsmith Productions, and others.[11]