From the Luxury clothing brand designer of Expression 06 Evolution to hip- hop / rock-rap sensation, Dushon Ex Daniels (American Hip-Rocker) a mogul in the making some say has made his home coming!  He made his first appearance in Brooklyn N.Y. at a hip-hop showcase since going to Miami a few years ago to pursue his dream of being a clothing designer.  Instead of his friends, fans and family seeing an amazing display of Dushon’s new clothing designs they saw Dushon now known as "American Hip-Rocker" or Rocker, express himself in a different way. His unique heavy metal, roc- rap flow over today’s popular trap style hip-hop beats wowed the crowd. “You could feel his energy and hear his amazing loud voice from outside the club” said the bouncers and people waiting in line to get in the show.  “Music has always been a passion of mine since I was young” says Rocker. Rocker performed with his childhood friends and musical teammates Mr. Penn and Suicide Inf. as BLACK KRWN. 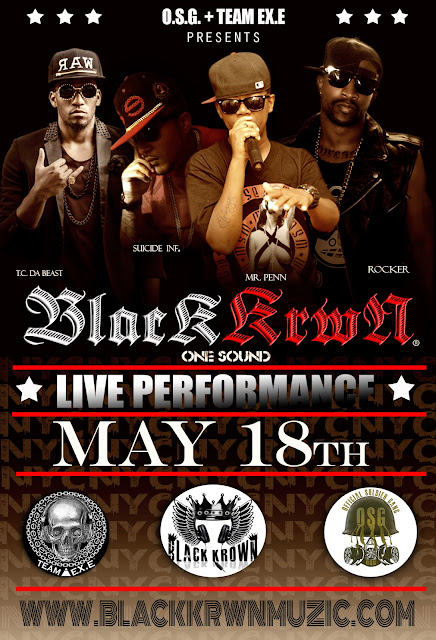 WE DON'T NEED NO WATER